I have officially taken on too much again!  I have found myself in a situation of apple overload this week.  After tackling making two batches of plain apple jelly, 6 apple pies, and 3 batches of this apple pepper jelly, I STILL have plenty more apples available for additional pies, crisps and sauces.  This was BY FAR my favorite recipe I came up with for this year's apple bounty. I've never made hot apple jelly before, but I combined a few recipes for other fruits and have decided this is a winner!  Be sure to finely chop the peppers in the blender, first. Properly skim the jelly so you don't end up with the dreaded floating peppers!

-*Prepare apple juice ((*Cook down 3 quarts of cooking apples + 3 cups water, mash, and then strain the juice for fresh apple juice), OR measure 2.5 cups of store-bought apple juice (any variety will do).

-Combine peppers and water in a blender and whiz until finely chopped. I do not seed any of the peppers, but you can remove them if desired to control the heat level. 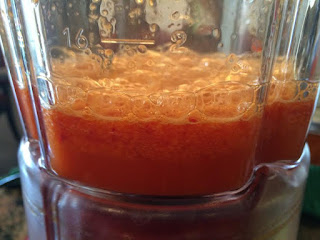 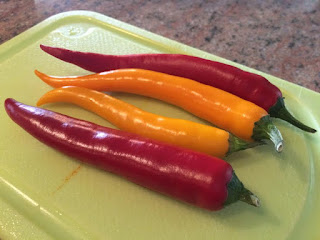 -Add sugar and butter, and bring mixture to a rolling boil. Stir at the rolling boil stage for one minute

-Remove from heat. Gently stir and skim foam for 5 minutes to prevent "floating" peppers. This step slightly cools the mixture and helps the larger pieces emulsify

-Ladle mixture into 4 or 5 prepared (sterilized, warm) 1/2 pint jars, leaving 1/4 inch headspace. Process in a boiling water bath for 10 minutes. Cool and allow to rest for 24 hours prior to opening. 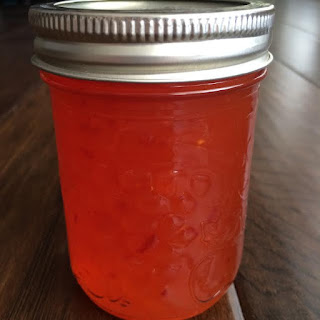 Now bust out some crackers and cream cheese, and dig in!  Or, enjoy with some grilled pork or chicken....yum :)

Grill It Then Forget It BBQ Chicken

I feel like this is a big of a cheater grilling recipe.  This recipe is so simple, I hesitate to even call it a recipe. This two ingredient combination is fantastic because you get the best of both worlds: the smoky BBQ taste from the grill, with the fall-off-the-bone tenderness from the slow cooker.

I've probably made this a half dozen times this summer.  Given that I feel almost every afternoon has been rainy since early, this is a good one because you can grill in the sunshine, and then the smell slow cooker makes your house feel cozy when it's dark and stormy.  Every. Darn. Day.  I'm kind of exaggerating, but I feel that has been the routine all summer long :(

*I personally would use my own fave sauce recipe, found HERE, but any store-bough sauce will do.

-Remove skin from chicken and season as desired with salt and pepper
-Place chicken on a hot BBQ grill (about 450-500F) and allow to sear for about 4 minutes on each side, brushing with about 1/4 cup of BBQ sauce during the last couple of minutes.  You basically want to get a few grill marks and caramelize a bit of the BBQ sauce during this time. 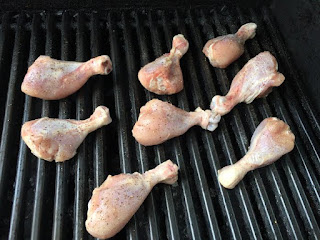 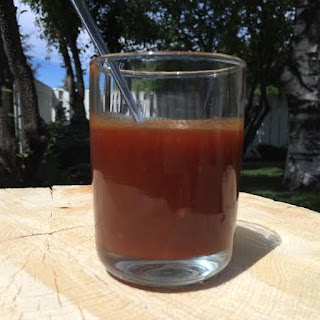 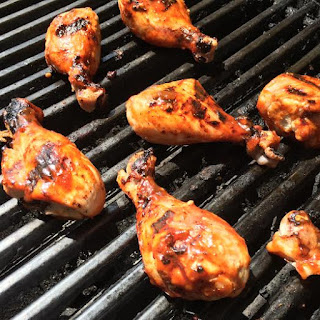 -Transfer chicken to a 2 quart slow cooker, and brush with remaining 1/4 cup of sauce.  Cook on low for about 4-5 hours, until tender. 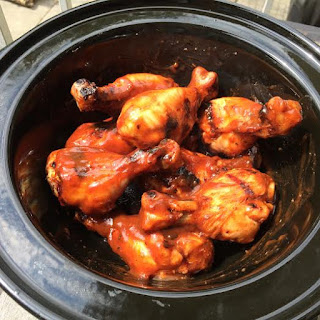 Posted by Shannon Dobos at 13:43 No comments: 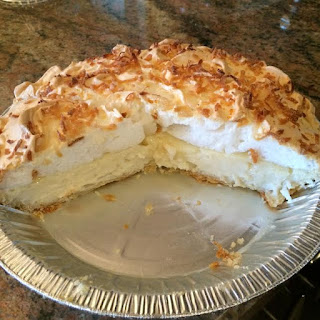 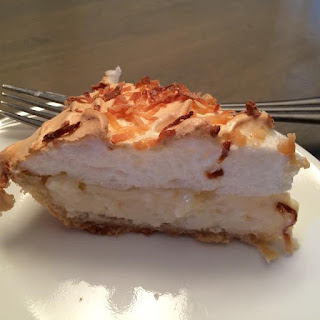 So this happened.  Why not make a cake that looks like a slice of watermelon?  That seems to easy!

Here was my inspiration: 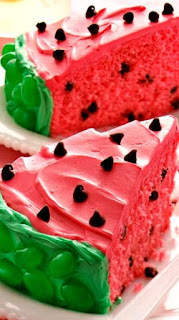 Here we are, when we were so excited! 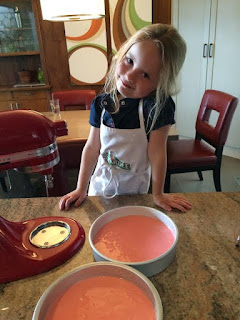 And here was the result, right before we threw it in the garbage: 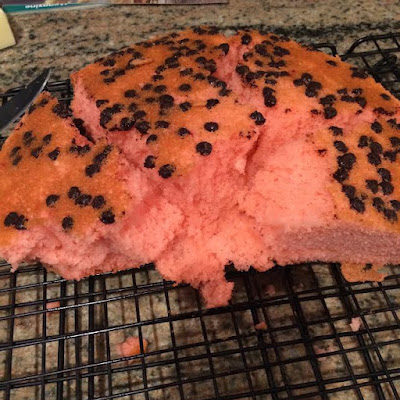 Posted by Shannon Dobos at 13:15 No comments: