Last year I really got into the Halloween spirit, and was making spooky treats for weeks leading up to it.  Check out this Spooky Brownie Haunted House and these Eyeballs, which were just a couple.  Suddenly, I look at the calendar and see that Halloween is just around the corner and I haven't done anything!   I also agreed and have been looking forward to being a part of this Halloween roundup of spooky stuff, as hosted by Family Around the Table.  But I was stumped for a recipe.

I turned to the experts... the kids.  When I asked them what they thought would be a great Halloween food, they both yelled "CAKE!"  In case you're wondering, cake is usually a front-runner answer in my household, so I tend not to consult these experts for all cooking inspiration.  Since we had no real reason to make cake, and no imminent company to help us eat such a treat, I ended up making a mini one.  In the end, I think this is actually a great way to make a themed cake for Halloween or other special days where there are already enough treats.  I mean really, even if I was taking this cake to a Halloween get-together, how much cake does one need?  I already eat my bodyweight in those little mini candy bars at these events.  There is already sugar overload all around you.  So contribute to it responsibly, by making a mini cake.

Since a cake is a blank canvas, how to decorate a mini-cake for Halloween is really up to you.  Halloween is a time of year that offers super fun and decorative candy, so it really can be as easy as just sticking some candy in your frosted cake (my kids love this kind of thing, and then they can actually do it themselves).  Or, you could just use orange frosting and then throw some black sprinkles on it.  I even saw some fun ideas out there where you make an easy stencil (like a spider, or bat), and sprinkle cocoa on a white cake to make a creepy sillouette.   You could also do a ghost stencil on a chocolate cake using powdered sugar to sprinkle and make the sillouette.

On the day I made this cake, my Halloween candy stash was at zero. What I did have were sprinkles, and white candy melts (the exact age of which was questionable).  I also knew I had black food paste....a color I don't really have any use for normally.

With these items, the kids and I concocted this: 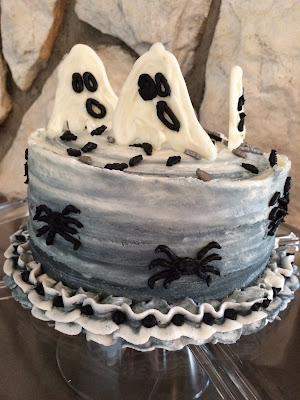 It's Tuesday.  And it's fall.  After the crazy wind this past weekend, there are almost no leaves left on the trees now.  This time of year always means I'm using my slow cooker way more, and the baking going on here increases exponentially.   If my kitchen smells like something comforting for supper, I immediately feel warmer.  Fresh bread is no exception to this.  I love the smell of fresh bread at anytime of year, but it is even more incredible on a chilly, blustery day.  That's why I chose to make one of my favorite Taste of Home recipes this past weekend.  It's called "Mom's Italian Bread".    I'm sharing this for Taste of Home Tuesday this week, as hosted by Jolene's Recipe Journal.  Check out what else is being shared at the bottom of this post!

Read more »
Posted by Shannon Dobos at 03:00 No comments: 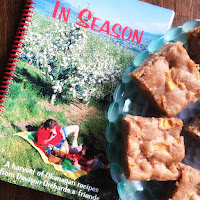